Committed To Your Legal Rights 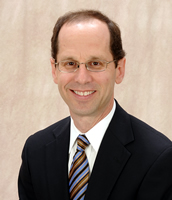 Mr. Friedman received his undergraduate degree (economics) from the University of Chicago in 1984, and his juris doctorate from the University of Chicago Law School in 1987. Mr. Friedman practiced with two Chicago law firms prior to forming Friedman & Holman in 1993. In 2002, Mr. Friedman formed the Law Office of Jeffrey Friedman, P.C. Mr. Friedman is a member of the board of managers of the Illinois Trial Lawyers Association and the American Association for Justice. He is admitted to practice law in the State of Illinois, and before the general and trial bars of the Northern District of Illinois, and the Seventh Circuit Court of Appeals. Mr. Friedman has served as an arbitrator with the Cook County Mandatory Arbitration program, and has also served as an instructor at Roosevelt College.

Jeffrey Friedman represents victims and their families in connection with all types of unfortunate accidents, such as car accidents, motorcycle accidents, trucking accidents, as well as construction site accidents, premises liability, and other accidents caused by the wrongdoing of some other individual or company.

Jeffrey Friedman also represents individuals who have been misdiagnosed, who have received negligent medical care and treatment, and who have suffered other types of medical malpractice. 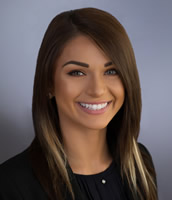 Arijana Keserovic joined the Law Office of Jeffrey Friedman, P.C. in 2014. She represents individuals in workers’ compensation, personal injury, employment discrimination, medical and legal malpractice, among other cases. She is actively involved in all stages of trial preparation and litigation including factual investigation and legal research, written discovery, depositions, motion practice, contested court hearings, pre-trial preparation, and trial. She is admitted to practice law in the State of Illinois, and is a member of the Illinois Trial Lawyers Association and Chicago Bar Association.

Arijana graduated from the University of Illinois at Chicago summa cum laude in 2011 with a Bachelor of Arts in Philosophy and Political Science. She earned her Juris Doctor from DePaul University College of Law in 2014. While attending law school, Arijana participated in DePaul’s Criminal Appeals Clinic and interned at the Office of the State Appellate Defender, where she drafted appellate briefs on behalf of indigent clients who were convicted of a felony. One of her cases resulted in an outright reversal. She also interned at the Office of the Cook County Public Defender, with a 711 license, where she represented indigent clients who were charged with a felony. While at the Public Defender’s Office, Arijana defended clients in two bench trials, one of which resulted in a “Not Guilty” verdict. Shortly after law school, Arijana worked on another criminal appeal involving a drug-trafficking case. In September 2015, the Illinois Appellate Court for the First District reversed her client’s 12-year conviction.