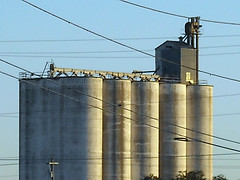 Three workers who were badly burned in a 2010 grain elevator explosion in southern Illinois are to split a $180 million jury award.

John W. Jentz, Robert Schmidt and Justin Becker were on a crew cleaning out a grain bin in Chester, south of St. Louis, that, unbeknown to them, had been smoldering for days and exploded while the three were removing their tools, said Robert Clifford, lawyer for Jentz and Schmidt.

After a month long trial and 10 hours of deliberations, a federal jury in the Southern District of Illinois last week found that grain elevator owner ConAgra Foods and a subcontractor were negligent. The three each received millions in compensatory damages and will split $100 million in punitive damages.