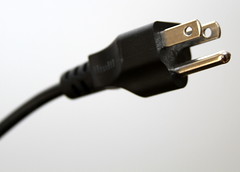 Q: I just bought an electric car, which needs to be charged every night. I have an assigned place in the garage in my apartment building, which is conveniently next to an outlet. I’ve been using an extension cord to plug the car in at night, but have just been told that I can’t do this anymore. My lease doesn’t say anything about not accessing the outlets. Aren’t I allowed to do it?

A: It does seem rather unsporting of your landlord to stymie your attempts to keep an environmentally friendly car charged up. But I think management is within its rights to say no. Here’s why.

Your lease doubtless says something like, “Tenant will have one parking space in the garage, assigned by management.” You’re suggesting that because it doesn’t explicitly forbid you from also using a nearby outlet, you should be allowed to do so. But with only a little effort, you can see why this argument won’t hold up. The lease cannot list every possible use of the parking space and surrounding space and disallow them.