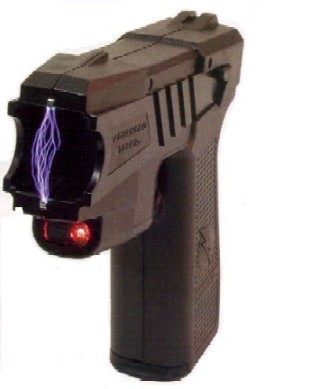 BY NATASHA KORECKI Federal Courts Reporter nkorecki@suntimes.com June 14, 2012 4:00PM
A Chicago woman who was eight months pregnant when she said a Chicago Police officer shocked her with a Taser over a parking ticket dispute, broke down in tears on Thursday as she explained what it felt like going through the ordeal.

Tiffany Rent told reporters at a news conference that when she was hit with the Taser she felt “a tense feeling,” over her body, she fell over and began shaking. Her two children, she said, witnessed the incident. Rent said it happened on June 5 and Thursday her attorneys announced they filed a lawsuit against the Chicago Police Department challenging its use of force in the case as well as questioning how the department uses Tasers in other cases.

One of her attorneys, Keenan Saulter, said no matter what his client did during the dispute with the officer, he should not have responded with physical harm in what they contend was solely a verbal dispute over Rent having her car in a handicapped parking spot.