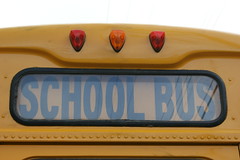 A 14-year-old boy on a bicycle was struck by a bus on a residential street in the Humboldt Park neighborhood and injured, relatives of the boy and officials said.

The child was on a bicycle when struck by a bus in the 3200 block of West Hirsch Street, she said.