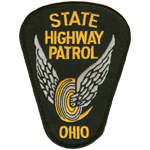 COLUMBUS, Ohio — The State Highway Patrol has reached a $235,000 settlement in a lawsuit by two southwest Ohio brothers who alleged their vehicle was hit by a patrol car traveling over 95 mph while not using overhead lights or sirens.

The Ohio Court of Claims approved the settlement for the brothers Tuesday.