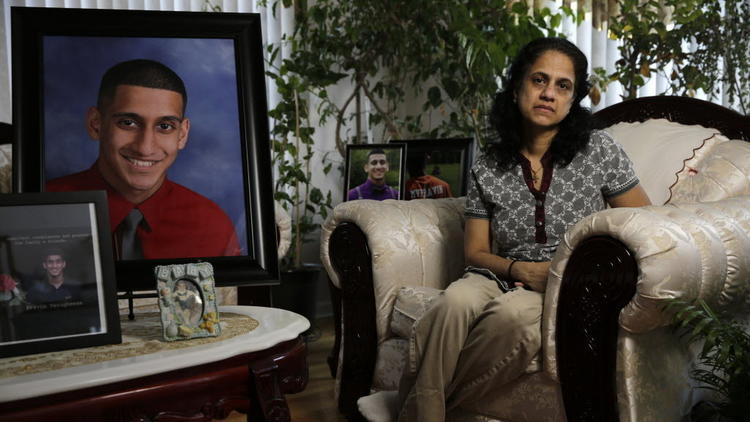 The mother of a Southern Illinois University student found dead in February alleges in a lawsuit that the 19-year-old was beaten to death by someone who had given him a ride after a party.

Pravin Varughese was found dead in a wooded area near Carbondale on Feb. 18, six days after he was last seen leaving the party about three miles away, according to authorities.

An autopsy by the Jackson County coroner’s office concluded that Varughese died of hypothermia, with no evidence of foul play. But in a second autopsy commissioned by the student’s family, an independent forensic pathologist found evidence of four different blows to the face and head.

According to the lawsuit filed today, on the night Varughese went missing, an Illinois State Police trooper stopped to talk with a driver in the area where the student’s body was later found.