Posted by editor
in Mount Prospect 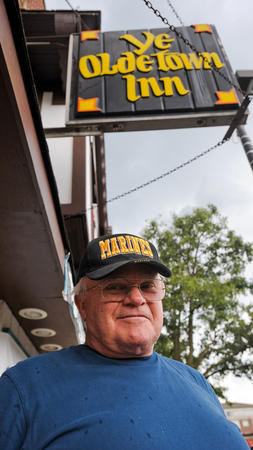 Mount Prospect has agreed to a $6.5 million settlement that will end an unusual lawsuit filed by a restaurant owner who sued the village using a federal law more commonly used to bust organized crime.
1928

The village board on Tuesday night approved the settlement with the owner of Ye Olde Town Inn, Tod Curtis, who has run the pizzeria for more than 40 years, said one of his lawyers, Riccardo DiMonte. Under the agreement, the village and its insurer will pay $6.5 million, $2 million of which will go toward attorney fees and legal costs. The village will pay $439,002 and an insurer will cover the rest, according to the agreement.

Curtis’ lawsuit was noteworthy because he cited federal civil racketeering law in 2008 as he accused village officials and a local developer of trying to force him out of his downtown business to make way for a new development project. The lawsuit alleged the village and Oz Development LLC collaborated to try to push him out, violating the federal Racketeer Influenced and Corrupt Organization Act, known as RICO.