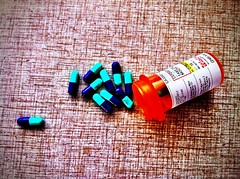 The initiative is one of several state efforts aimed at reducing the abuse of prescription painkillers, which has led to record numbers of accidental overdose deaths.

DeWine said a letter going out next week to all care facilities in the state reminds them of their obligations under law to report suspected illegal activity and lets them know of assistance available from the state to prosecute prescription drug theft.